Things To Do After A Bus Accident 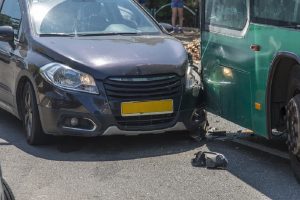 People take the bus every day without giving it much thought. When individuals board a bus to commute to work or for a night on the town, safety is one of the last things on their minds. However, it is important that they remember that their safety is in the hands of the bus company and bus driver. Accidents can happen at any time, and bus accidents can cause the same injuries as car accidents and come with unique injuries of their own. These injuries are often much worse than those sustained in a car accident. If you take the bus often, here are some things you should know.

As mentioned above, injuries from bus accidents can be much worse than those received in car accidents. This is because:

Actions That a Seriously Injured Passenger Should Take

After receiving emergency medical treatment, the passenger should follow up with their family doctor for additional medical care and testing. Some insurance companies will not allow claims for injuries after a certain amount of time has passed, and if an injured person wants to make a personal injury claim, they must do so before the deadline has passed.

Tests that an injured passenger should ask for include testing for back, spinal, and head injuries, as symptoms of these injuries often take days to weeks to appear and can show up after the deadline for claims has passed.

Actions That a Mildly-Injured Passenger Should Take

If a passenger is not severely injured, they should document the accident as best as they can. Passengers should try to record:

Getting this information will help the passenger take further action if needed.

Who is Liable for a Bus Accident?

Many parties could be liable for a bus accident. Typically, a bus accident is caused by the bus driver, a third-party driver, or both.

In these circumstances, it is best to consult a bus crashes lawyer near you.

Can the Injured Passenger Sue?

Anyone who has been involved in a bus accident should seek medical attention and then consult a lawyer for guidance.